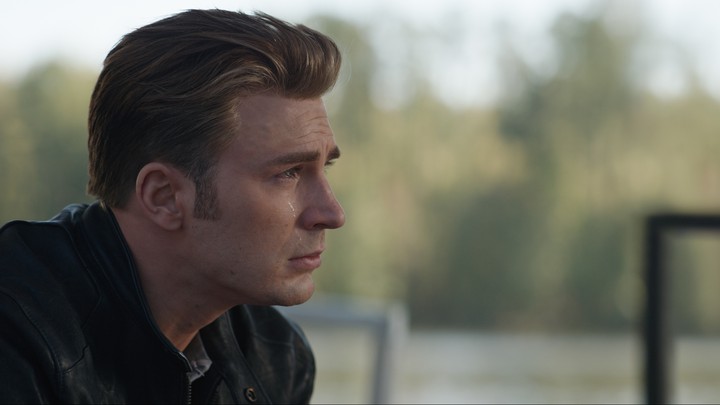 First of all, don’t ask why I used Steve Rogers for the featured picture. I was thinking about potential pictures and Captain America just happened to pop into my head. I have a little more free time, so I’m going to try my hand at one of the ideas I’ve had stirring in my head. This week I’m going to talk about the phrase, “be a man”.

Most likely you’ve heard this phrase before–especially if you were born male with the gender expectations that came along with it. However, in a society where gender has become more of an identity for yourself rather than how you were born, these words don’t hold as much impact. My generation has expanded the term and even the official terminology has changed. Also, in the past, depending on what gender you were born as, how you’re expected to act has changed. Men no longer need to be afraid to act sensitive and women aren’t limited to motherhood or being open to their emotions. A woman can be bad at showing her emotions and a man can be bad at holding theirs back.

Now let’s shift our focus back to being a man and what that really means. This phrase is often tied back to what is becoming known as toxic masculinity. This can result in blatantly outdated sexism to being unable to accept yourself because you believe you aren’t acting as you should because you’re a man. Sexism is a huge problem in our current society. Even in 2020, there is still a pay gap between the two sexes and no matter how hard you try, sexism will still exist. This goes to men and women alike. Telling someone to be a man sounds like a now sexist term; or is it? I’m going to quickly share my ideas on how the phrase can be spun in a different way.

First, let’s think about a couple of instances where you can be told to be a man. The most common one is when you’re a male and you’re acting in a disappointing way with the stereotypes placed on your gender. You didn’t act strong enough or maybe you didn’t keep your last name after marriage. With how society has labeled it, you haven’t lived up to your expectations of manhood. You’re talked down upon because of this and that doesn’t feel too good, does it? It makes me think back to all the times that I was bullied in school because I was quiet or too small. I spent time in the library or hanging out with girls. (Keep in mind, this was in grade school. I’m sure if I only hung out with girls in high school, I would’ve had different assumptions about me.) Early on, I knew I was too small or timid to be seen as a “man”. With that thought in mind, let’s move onto my second point.

There are a lot of bad dads out there. Dads who walk out on their responsibility or do worse things. I’ve personally been blessed with a father who stayed in the family as well as two grandfathers in my life. (Even if that’s just down to one now.) In my mind, I’ve always equated being a man to taking responsibility. Doing what’s right and being responsible for your actions isn’t always easy. I don’t see being a man limited to your sex. If I compare it to doing what’s right, then a girl can also be a man in a situation. With same-sex couples and people now identifying as nonbinary, those words can mean something else. No matter what your gender is, I think being a man doesn’t need to be a sexist term. If you own it then maybe one day it’ll become something else. This isn’t meant to give excuses for those who say it as an insult, but an alternate way of thinking. After all, our words do have a way of changing how people think. That’s the main reason I wanted to write this post.

With that, that’s all I got for this week. Hopefully, it was better than the previous few.

One thought on “Be A Man”