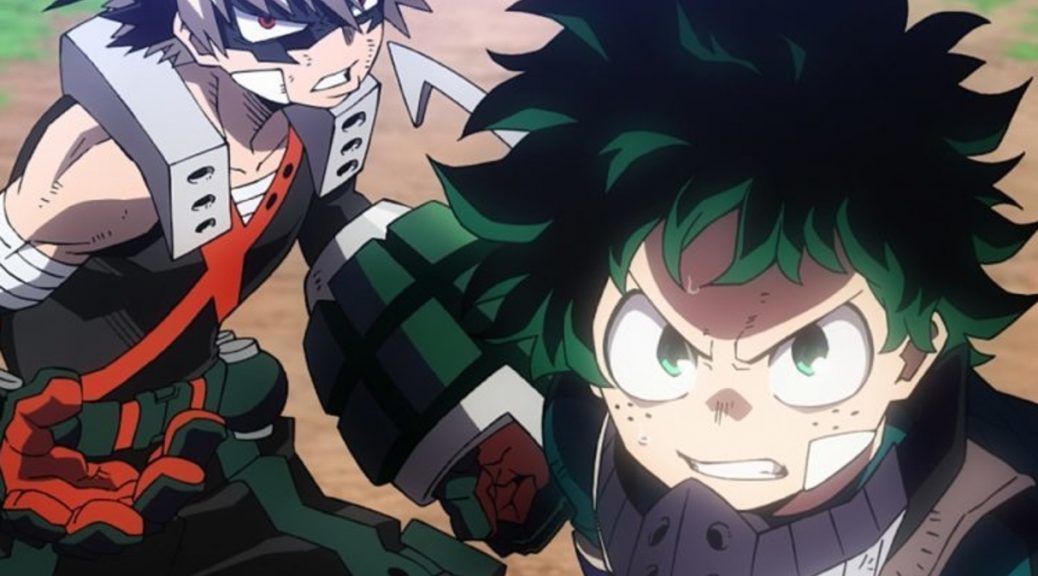 As you can tell from the title, I didn’t choose a cheery subject for this particular post. I’d be lying if I told you all that each post would be all positive. I mean last week (which you can find here if haven’t caught up with it) I talked about wanting to create words that impacted those around me. This week I would say that I found a few drawbacks. Before I get into the seldom topic, let’s highlight what happened this week and why Deku and Bakugo are my featured image. (Also quick shout out to any all of the My Hero Academia fans reading this!)

I’ll start by talking about the two movies I saw this week with my brother. Both were an experience and would have been worth the 26 dollars if it weren’t for the horrible viewing experience. One was late and the other had crappy audio that wouldn’t have been fixed if it wasn’t for my brother both times. These movies were Sonic the Hedgehog and My Hero Academia: Heroes Rising.

This isn’t a blog reviewing these movies (also I apologize for two more references that might not be everybody’s cup of tea) but I was about to pull thoughts that were prevalent in both films. The seed was planted in my head while watching Sonic. If you care about not being spoiled about the movie of the lovable blue hedgehog, then you can click away. It’s not a major spoiler, but the warning still stays in effect. This theme is loneliness. In the movie, Sonic lives a pretty lonely life. Being told by his parental figure that he needs to stay out of sight. If he doesn’t, then the powers he possesses could be desired by others. Not a complicated theme, but when you see Sonic being so close to people he considers friends–friends who have never met him–a sad truth fits in: he’s alone.

Now how does this transition into the My Hero Academia movie? Well quite the opposite actually. I wouldn’t consider this a spoiler, but I’ll but a minor warning in there. The movie heavily revolves around a duo, ones shown as the mascots for the movie: Bakugo and Deku. Two people who have been friends since childhood and have found it hard to remain friends with their competitive spirits. They both strive to be the best, but there can only be one person who sits on top. Even if I don’t agree with that mindset, that’s the mindset of the series.

One movie with a person (even if he’s a blue hedgehog) willing to risk everything to not be alone and another about a complex relationship needing one another to overcome the obstacles in front of them. Now where does that leave me? After all, this is all fiction, right? Just the words of anxious writing (like myself) sitting at their computer thinking of the best ways to tug at the heartstrings of the fans. Well, no, not at all. As I mentioned last week, words are powerful. Maybe not to everybody, but they are to me. People always make movie references that I never get under the excuse of, “I don’t want movies”. The real reason behind that is that I physically can’t watch something without pulling the meaning out of it and comparing myself to said message.

I grew up lonely. Sure I had some amazing friends who I’ll cherish forever, but it’s no secret that I’m a quiet guy in person. Even being 25 now, there are times where I hide from everyone finding comfort in that loneliness. Now from here on out, I’m going to talk about something very personal to me. It may be too heavy for some to read, so you have my full permission to close out of this entree right now. I don’t blame you. If that’s the case, then thanks for reading and I’ll see you next week. 🙂

Alright, so you decided to read this despite the warning. I really wasn’t sure if I should post this or not. If it wasn’t for me wanting to write a new short story labeled “Five Days After” then I would never have dreamed of writing this post. I put it off so much that I’m writing the day of posting it. It all ties together with the above posts, I promise, so keep reading.

Savannah was my best friend. I knew her in long before college. We played Minecraft together until 7 am. I was never good at making friends in person, but when it came to what I wrote, people loved me. I think at some point, I let that go a little too far. Regardless, Savannah was there for me through the most horrible things. Despite being the perfect person in my life, she had a horrible flaw people call mental illness. The kind of sickness that makes you pop pills like they were candy. One that makes you lose control as if the reality you witness is the one you’re supposed to live in or the one doctors tell you is the “right” one. Below I want to put a video from the user Jetpack Jay. (I added a link to their Youtube channel. Please take a minute to check them out if their videos interest you. Those videos have helped me a lot!) The video is titled “Dear Best Friend…”

This video has helped me a lot. Some may know this, but at the start of the second semester of college Savannah took her life. Her mental illness got the better of her, and she was taken from me. I was left utterly destroyed with my best friend being extracted from my life. The one person that made me feel like I was no longer alone.

Saying this means a lot to me. Since I usually keep this to myself and to close friends. If I never told you, it’s not because I don’t trust you, but because talking about it is hard for me. To bring this back to the main point of this entree, I’ve been battling that loneliness since I lost her. I’ve made mistakes that I feel like I wouldn’t have made if she was still around. The last few days I’ve battled that lonely feeling more than I have in the past.

The main reason I’m saying all this is to put it out there before I write the story “Five Days After” so you all know that what I write in there isn’t entirely fictitious; that mental illness isn’t a problem to be taken lightly; that if you’re lonely, it won’t always be that way; and above all, be thankful for the friends you do have. If you don’t have a solid friend, then contact me and I’ll fix that problem for you.

3 thoughts on “Dealing with Loneliness”