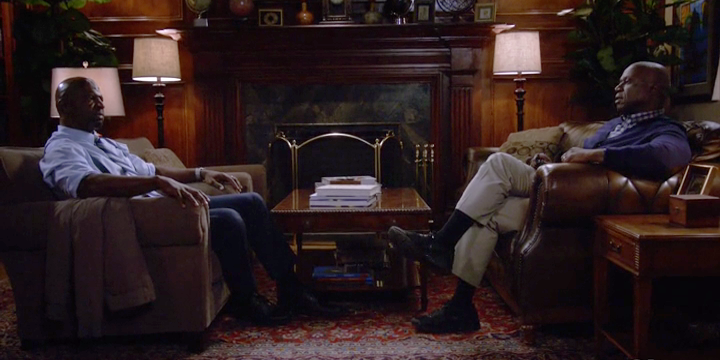 After a rather eventful week for me (and playing way too much Persona) I completely let my mind slip about this week’s blog entree. It wasn’t until I saw a specific video that I had an idea of what I should write. It’ll probably be shorter, but this week I’ll talk about tackling serious issues in writing. These can often be relevant topics to what’s going on around us today or issues that may seem out of place when it comes to your usual style. The perfect example comes from the comedy Brooklyn Nine-Nine in the episode titled Moo Moo. Despite the show’s rather comical nature, this episode tackled a real world problem in a tasteful way. Where there are jokes sprinkled in, the issue isn’t overlooked. It’s surprisingly serious tone at the end shows that the writers gave the message the attention it deserved. I’ll link a video down below to show exactly what I’m talking about. Hopefully it skips directly to the moment I want. If not, start around 2:24 in the video. The scene I’m talking about ends around 3:06.

I’m going to talk about a couple of points that I pulled from the writing in this scene. When writers (especially comedy writers) have to talk about a topic that has a more serious tone to it, they tend to ruin the message with badly timed jokes. It’s a way to talk about something serious, yet keep up with the lighter tone that they’re going for. Marvel is known for doing this. They are in no way known for their comedy (outside of maybe Guardians of the Galaxy) yet they find themselves taking you out of a scene with a badly timed joke. That’s something that doesn’t happen in this scene. For the next thirty seconds, we feel the emotion behind the scene and it isn’t killed with a badly timed joke. Terry conveys his anger for the situation that is, in our world, a real problem. As Terry puts it, bad cops do in fact exist. They do racially profile people and as someone who is mainly Caucasian, it’s something I’ll never understand. I’ll never get stopped on the side of the street because of the color of my skin. However, as a writer that shouldn’t stop me from talking about the issue. As writers, we can make a difference with our words. If there’s an issue we can speak about and spread awareness, then we should. When we do talk about these issues, we also have to respect them.

My last point will be about how I handle talking about these issues. Well, the things that I believe in I make themes in my stories. I show and not tell. I show kids who deal with trauma or abuse and their journey of overcoming it. The point is to instill hope to those who might need it. I also talk about racism and the benefits of standing against it without using violence. I believe it’s our responsibility to our readers that we tackle these issues. When we do, it should be done tastefully.

Alright, I think that’s all the time I’ve got for today. Sorry for the rather short post. I’ve got a lot of work ahead of me this week, but I hope I can give you more next week.

As always, thanks for reading, and I’ll see you next week. 🙂

One thought on “Tackling serious issues”