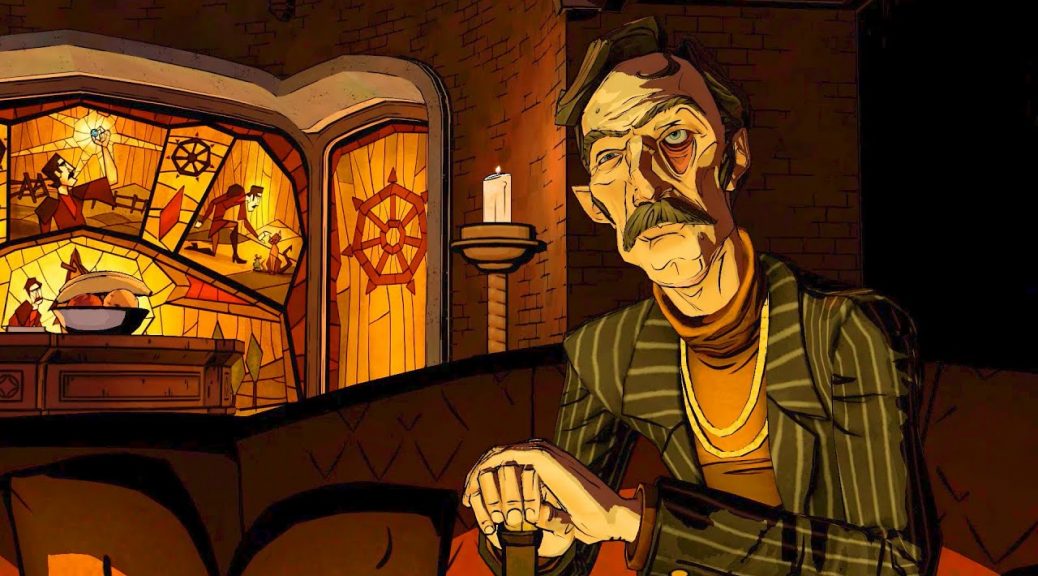 Oh boy, this has been an interesting idea that’s been marinating in my brain all weekend. I really hope that you guys enjoy this one since I put a little extra work into it. It’s one of my favorite topics to write and talk about. I won’t waste any time–let’s get into my thoughts on how to create a well crafted villain.

I want to start off by explaining a bit of the backbone of this entree. I’ve recently started playing the new Final Fantasy VII remake. This doesn’t have to deal with the game at all, so don’t worry about spoilers. There will be spoilers for other series as I talk about different antagonists from a handful of other works of fiction. The reason I started thinking about this is that it was an interesting topic of discussion with a friend of mine. We were talking about the game, but eventually evolved into talking about villains. What makes a good villain and what makes a bad one. That’s what I’ll be talking about today. This entree will include two different examples from two very different people. I asked them a simple yet complex question.

Who is your favorite antagonist?

It’s such a loaded question, isn’t it? Fiction is such a splendid world that writers can let their minds wander to some fantastic places. Some of these worlds are bright and filled with hope, while others can turn quite dark. These characters that I’ll be focusing on aren’t just antagonists, they’re villains. What makes you like these characters despite all the depraved things they have done? Why are readers so intent on loving these people we should hate? What makes them so satisfying to read in a book or watch on the big screen? That’s what I wanted to find out and I picked two of my friends’ best answers. Without further ado, let’s begin.

I wanted to start with a character that can be a bit topical. Personally, I have never finished the game he comes from. What caught my attention from this character was his relatability. Writers love to relate characters to real life–even in works of fiction. What’s more horrifying than a character that could and probably does exist somewhere in our world? These types of characters have a habit of jumping off the page and into our reality.

What makes this man so evil? To put it simply: he takes advantage of people he’s oppressed. The setting this story takes place in is called Fable Town. This town is filled with people who struggle just to survive. There aren’t jobs for everyone and each citizen barely scrapes by while their government ignores them. In response to these poor living conditions, what does The Crooked Man do? He offers people jobs and financial relief. In return, these people live under his thumb. He knows poor citizens have no choice but to come to him for help, so they are all willing victims to his schemes. On top of all that, he has a rather convincing argument of his innocence. He goes as far as to get people to commit murder for him while absolving himself from all blame. After all, he didn’t pull the trigger. You don’t get arrested for someone else killing with your gun.

You might be wondering how this could possibly be relatable. Ask yourself this: have you ever had a crappy boss who holds power over you? It’s a little extreme, but it falls under the same category. I would stake my entire career on the fact that there are people like The Crooked Man in our world. The government’s shortcomings are a popular topic with everything going on. It’s not a new trope of displaying the evils of the government in characters. The Crooked Man might not be the government in Fable Town, but he definitely represents a crooked politician who can use his power to get away with anything–even murder. Doesn’t the sheer thought of people like him existing make the character scarier? I know I wouldn’t want my debt collectors to make me murder someone.

When I asked my friend for his favorite villain, I just knew he’d give me one crazy answer. He’s an avid reader so he’s read his fair share of antagonists. I wasn’t quite sure what to expect when he gave me his answer, but I’m glad I asked him. The Cor Chronicles is not a series I’ve ever heard of before he told me about it. Leave it to him to give me probably the most depraved character description I’ve ever heard. It’s so horrible that I won’t go too far into detail about the character to keep it clean. Instead, I’m going to talk about why I think this type of character works for a villain.

Depravity is a common trait in an antagonist. A corrupt sense of morality. When a character does something so horrible that you feel a pit in your stomach just by witnessing it. Those moments where you have to put the book down or even turn off your screen. What could possibly be so redeeming about these types of characters? Why do they appeal to us? I don’t think it’s because we can relate them to our world, but quite the opposite. We love the fact that they stay on paper and in our imaginations. We’re supposed to hate them and hate them we do. The hatred for these characters makes it that much more satisfying when they finally get taken down.

What makes Emperor Nadav so special? In my personal opinion, it’s the way he’s introduced. For two books the readers were conditioned to hate someone else. Another depraved individual and when Nadav comes in, he not only makes a big entrance but shows you someone worse. By doing this, the writer turns it up a notch leaving the audience in a state of shock. It gives off the feeling of having the rug pulled out from underneath of you but in all the right ways. From the sounds of it, this author does a fantastic job at one-upping his previous villain. Writing an antagonist can be like pushing a boulder up a hill. The longer they exist in the series, the heavier that boulder gets, so each push needs to be stronger than the last. Eventually, you get to the top, but you need to make sure the pay off is worth it.

After presenting you with two very good villains, what am I actually trying to say here? I wanted to present you with two examples of what makes a villain good. The depravity of Emperor Nadav and the relatability of The Crooked Man.

When it comes to creating these horrible characters, the ultimate question I liked to ask is: were they worth it? Do their actions upset the reader and throw off the entire balance of the story? Did the set-up conclude in a satisfying way? Did you give the audience something to chew on or something that falls to ash in their mouth? I’ve witnessed my fair share of bad villains who leave me with a steaming pile of disappointment. After reading two other books, giving a reader a disappointing primary antagonist can destroy your momentum. It’ll grind the story to a sudden halt and can ruin the entire series. A solid antagonist can make or break your story.

Personally, I like to give insight into my villains. What drives and motivates them to do these horrible deeds. At the same time, don’t be afraid to make a character evil just for the sake of being evil. Not every single one needs to use the sympathy for the devil trope. We don’t need to always make the reader feel bad for the villain. Keep adding strength to every push until you stand at the very top of that hill. When you get there, make sure the ride was worth it. Give us a character we love to hate or hate to love. This goes beyond what you put on paper, it applies to our everyday lives. Have a goal and make sure you’re pushing your way towards it even if that boulder gets heavy sometimes. I think that’s the reason we love a good villain. They represent a roadblock for your protagonists just like life throws roadblocks in front of us. These characters find strength when they finally triumph over evil and through them, we can find our own strength. Keep on pushing, because that goal is closer than you might think and it’s waiting for you.

I think that’s all I got in my tank for this week. I hope you all enjoyed me rambling on yet again. Oh, I guess I never said who my favorite villain was. It is and always will be Negan from The Walking Dead. One last thing before I go. If you made it to the end, I have a simple question for you. Who is your favorite villain?